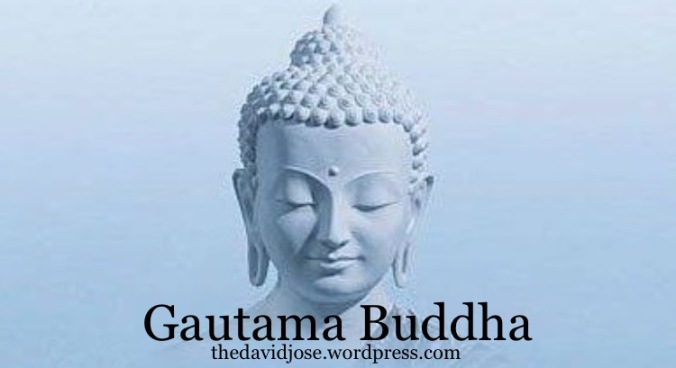 Gautama Buddha was an ascetic and sage and on the basis of his teachings Buddhism was discovered. Usually, he is known as, ‘The enlightened one’ or the founder of Buddhism. He is the primary figure in Buddhism and is recognized by Buddhists as an enlightened teacher who attained complete Buddhahood.

Buddha was also known by the names such as,

Buddha lived during the period c. 563 BCE to c. 483 BCE in LUMBINI which is now known as NEPAL. He was born to king Suddhodana and Queen Mayadevi and it is believed that during the conception period of Buddha, Queen Mayadevi dreamt of a white elephant with six white tusks which entered to her right side and ten months later ‘Siddhartha’ was born.

Being born as a prince, Siddhartha spent his childhood in a luxurious way. But, he lost his mother at a very young age due to which he was raised by his mother’s younger sister, Maha Pajapati. King Suddhodana always wanted his son i.e.Prince Siddhartha to be a great king and so he shielded him from religious teachings and from the knowledge of human sufferings.

Siddhartha completed his education at the age of 16 after which he got married to Princess Yashodara and they beared a son Rahula and later King Suddhodana handed his entire kingdom to prince Siddhartha.

After carnation ceremony, Siddhartha decided to visit his town and during this journey, he observed certain things that put a sudden end to his pleasure and ease that he enjoyed in his wealthy comfortable life in the palace.

On the first occasion, he saw an old person with wrinkled skin, bent over and walking very slowly with a stick and he thought, “How could I take pleasure in being young when I know that in the end I must become wrinkled and old like that person?”

On the second occasion he saw a sick person covered in sores being carried on a stretcher and he thought, ”How can I take pleasure in being healthy when I know that sooner or later I shall become sick and covered in sores like that person?”

On the third occasion he saw a dead person lying in an open coffin waiting to be buried and he thought, “How can I take pleasure in being alive when I know that sooner or later I must die too?”

On the fourth occasion he saw a man begging for money his head shaved and wearing the yellow robe of a wandering philosopher, who had left behind all his possessions and gone in search of wisdom.

All these observations compelled Siddhartha to think about the pursuit of life and finally at the age of 29, Siddhartha decided to leave his palace, his parents, and all his possessions and go in search of wisdom and happiness.

At first, he became follower of two well known teachers who taught him to meditate, to relax and focus his mind. He followed their teachings for several years but he was not content. So, he tried following some other group of teachers who asked to give up all his pleasures that bind human beings to earthly life with its pain and sorrows. The teachers forbidded Siddhartha to eat and drink among the pleasure. He agreed and followed their teachings for several years. He became very weak as he was having no food and he found it was not working and he left.

At some point Siddhartha remembered that, when he was young and was sitting under a Rose-Apple Tree and suddenly he felt himself in a deep peace and then he realized that this is the only way to get wisdom, peace and happiness. Soon, he came to the town of URVELA (Bodgaya) situated on the banks of River NIRANJARA and he sat there under the shades of a tall tree which is now known as a Bodhi tree in Bodh Gaya, India. Also, he vowed never to arise until he had found the truth. After a reputed 49 days of meditation, at the age of 35, he is said to have attained enlightenment, and became known as the Buddha or ‘The awakened one’.

While meditating Buddha saw the Solar Systems and everything in the world which was changing rapidly and when he completed his meditation he was no longer afraid of anything not even about his AGE, SICKNESS and DEATH. Then, he thought, he had experienced enough and no one else can experience the same, so he was at a stage of not telling anyone about his great experience.

But, on the following night he had a vision of a Holy man surrounded by a radiant light saying to him, “The world needs this Dharma, this Wisdom that you have found. You can teach this to others and you must teach it”. So, the rest of the life Siddhartha Gautama became a teacher and he had many followers during his life time and became the most famous teacher in INDIA.

From that time onwards Siddhartha Gautama was always known as the “Buddha-The Awakened One” and the Tree under which he was Enlighted is known as “Bodhi Tree-A Tree Of Enlightment”.

21 thoughts on “Who was Gautama Buddha?”

What are you looking for?